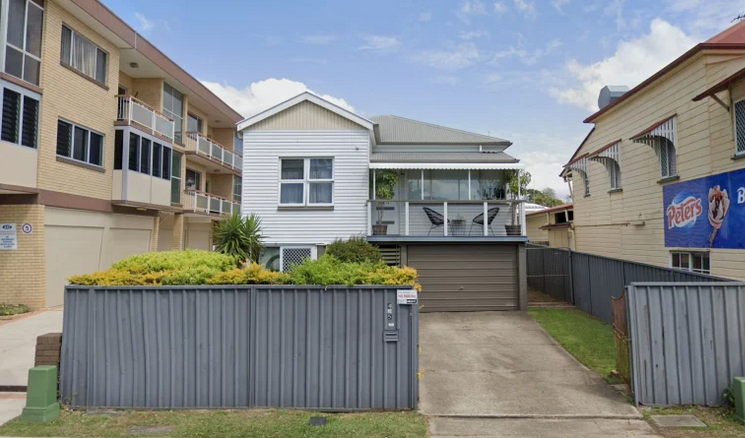 A home on the Esplanade in Manly was saved from demolition by a £300 mortgage taken out in 1905, after a couple who had owned the property for more than 20 years sought Council approval to tear it down for development purposes, stating that its pre-1911 status could not be definitiely proven.

Two years ago, a development application was submitted to Brisbane City Council by Warren and Paula Hurst, seeking to demolish the 503-sqm bayside home for development purposes.

The development application was rejected by Council, in keeping with planning legislation prohibiting the demolition of houses built before 1911. In 2017, an extensive heritage mapping had identified these structures as protective from demolition on heritage and character grounds.

An appeal from the couple was lodged before the Planning and Development Court, asking that demolition be permitted to proceed on grounds that there did not exist unequivocal proof that the house was built before 1911.

Judge Richard Jones of the Planning and Development Court handed down his decision in May 2020, affirming the house’s heritage status and protecting it from being demolished.

Judge Jones laid down several points in support of his decision.

Records indicate that Frances Howard had purchased the property in 1905 and taken out a mortgage in the amount of £300.

Mrs Howard was a prominent businesswoman and housewife known to have purchased several properties in the Esplanade area during the turn of the 20th century, among them the property in question.

Expert witnesses from the Council countered the owner’s argument that the age of the structure could not be proved, citing other characteristics of the structure, such as the 150-mm VJ boards, the type of timber boards used to build the house, and the construction of a separate verandah roof, a typically pre-1911 construction feature.

The Council relied on two expert witnesses, historian Dr Thom Blake and conservation and heritage architect Michael Kennedy. In their expert testimony as summarised in the judgment, Dr Blake pointed to the mortgage as the best evidence in support of a pre-1911 construction. Mr Kennedy, on other hand, said the “most probative evidence in support of that conclusion were the physical characteristics of the building but, nonetheless, the mortgage provided support for that conclusion.”

“Indeed, during cross examination, Mr Kennedy went so far as to say that this was not a circumstantial case at all and that he was 99 percent certain that the dwelling was a pre-1911 building “by the width of the boarding alone,” Judge Jones said in his decision.

Read : Have You Seen the Hidden Animal Figures on the Great Wall of Manly?

For his part, Dr Blake said that : “The documentary evidence reveals that Frances Howard purchased 425 The Esplanade, Manly in April 1905 and in May 1905 obtained a mortgage.”

“The mortgage was sufficient to construct a house, indicating a circa-1905 date of construction. This dating is supported by the building fabric of separated verandah roof form and internal walls comprising six-inch VJ boards.”

Dr Blake went on to conclude in his professional opinion that the evidence strongly supports that the house was built in or around 1905, well before the 1911 cut-off for heritage status.

The house was also determined to be structurally sound, a significant finding because the current Planning Scheme also provides that pre-1911 houses must be preserved unless they are deemed structurally unsound, with no hope of repair.

Such is not the case with this home, which actually has had extensive refurbishment such that very little had been left of its original construction.

A Case of “Preservation for its Own Sake”

Judge Jones, in handing down his decision, also sympathised with the position that the owners have now found themselves, saying that their inability to develop the land they way they would like to have been “…thwarted or no apparent reason other than the building was more likely than not constructed prior to 1911.”

“Overall, it is difficult to discern the planning purpose or public interest that will be achieved by retaining this dwelling in its current location and physical appearance other than preservation for its own sake,” he said.

However, on balance, all indications point to a pre-1911 construction and so the existing legislation granting heritage and character status to the home and protecting it from demolition, must be upheld.