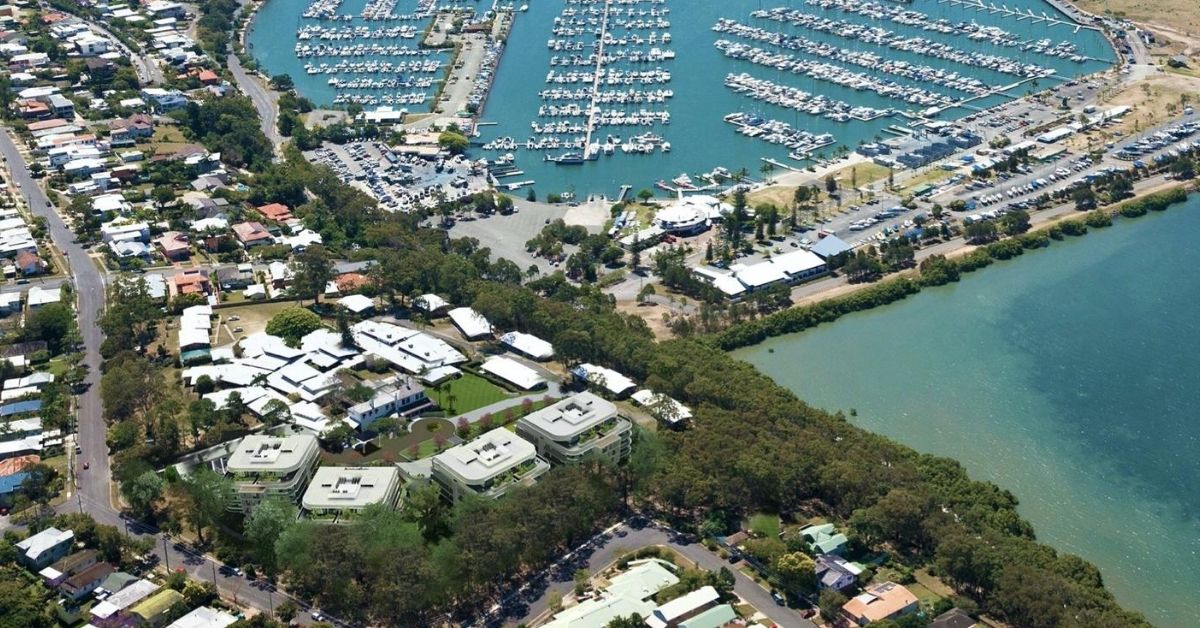 The COVID-19 pandemic will delay the redevelopment of the heritage-listed Lota House. Detailed designs of the $67 million retirement village facility, located some two kilometres off the Manly Boat Harbour, are still in the process of finalisation.

A spokesperson for the Village Retirement Group confirmed that the pandemic has impacted plans for Lota House. It comes after the Manly retirement village project received heavy opposition from Bayside residents.

Brief History of the Lota House

Located at 162 Oceana Terrace, this house was built in 1865 for William Duckett White and his family. It remained in the Duckett White family until a grandson, also named William,  subdivided the estate in 1911.

In 1913, a cousin, Graham Ernest Mylne, bought the property and moved in with his wife and children. Following his death in 1958, his wife Kathleen sold Lota House to the Anglican Church. The church used the money gifted by Mr Marsden Tooth, a businessman and philanthropist, to establish a home care facility.

The Lota House was listed as a heritage site in 1992 as significant to the establishment of the upper-class estates in Brisbane’s eastern bayside area. It is one of the oldest surviving residential homes in Manly-Lota, showing a glimpse of the 1860s Georgian influence.

The property is still owned by the Anglican Church.

About 100 Bayside residents protested after the original ruling saying no to development was overturned. Locals don’t want a high-rise in the area.

“Multi-storey developments would significantly change the area and ruin it in our eyes,” one resident said. “Lota is a quiet leafy suburb with beautiful green space and picnic/playground areas on the waterfront. Increasing density opens up the area to significant commercial development. Friends, family, neighbours and locals alike that I have spoken to, invested in this area for the quiet retreat that it is.”

The Bayside Action Group also opposes the development because the planned retirement village will cost between $755,000 and $849,000 per unit.

“This means that many local residents who currently live in the area will not be able to afford these units and will need to look at options outside the area. The Anglican Church  says that the local community wants this development so families can remain close, but it appears that most will not be able to afford to live in this development if built.”