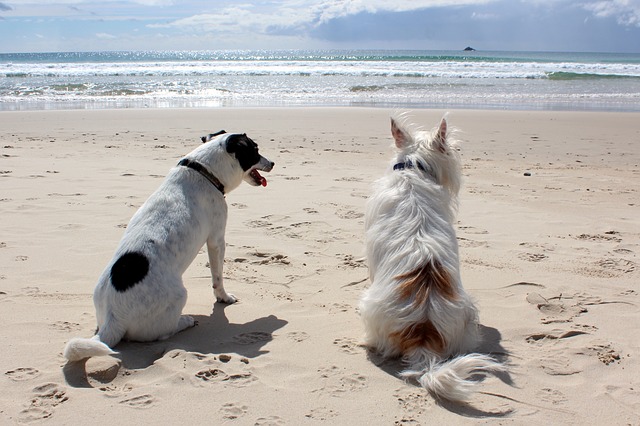 Brisbane is home to many dog-friendly beaches, but if you’re in Manly, the closest one you’ll find for an off-leash dip is in Cleveland, which is approximately 20 kilometres away.

Things are going to change a bit starting September 2019 after the Brisbane City Council designated the beach at the end of Davenport Drive, Manly to be an off-leash area.

This year-long trial at the popular bayside beach serves a response to petition of many pet parents who want to make it an off-leash zone. In 2018, BCC had rejected several  requests due to environmental concerns and turf issues between the Council and the state government.

Susan Mcdonell, who started a Change.org petition to make Manly an official dog beach said locals have used the beach unofficially as a dog beach for many years.

“The spot is perfect as a dog beach, in fact more perfect than the closest official dog beach in Cleveland, 20 minutes away, that is far more open, close to homes and roads, with an increased chance of escape and injury,” said Mcdonell.

Read: Get the Latest Wynnum Manly News With This Progressive Web App

Locals who signed the petition agreed the stretch of Davenport Drive is a great spot for dog beach because it is away from roads and houses. One supporter added that it would be a fabulous area for people to get out and about with their dogs, provided that dog owners are responsible and clean up after their pets.

Whilst there are residents who support the idea, there are environmentalists who oppose it like Queensland Wader Study Group chairman David Edwards who believe the off-leash area would also cause a disturbance to thousands of migratory shorebirds.

Mr Edwards said the invasion of the foreshore is a big concern in an off-leash area, emphasizing that “once it starts, it’s going to be difficult to put it back in the bottle.”